Divyangi Tripathi, the topper of CBSE 2020 boards, class 12th has been invited to witness the Republic Day parade from the Prime Minister’s box in the city along with other students who excelled in different areas from across the country. She topped by scoring 99.6% marks in her class 12 CBSE exams in the year 2020. Her achievement list doesn’t only end here, she was even placed on the second position when ranked, in the biology group in the country. 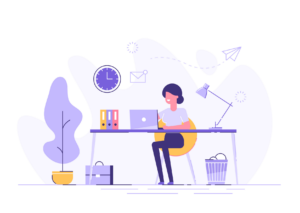 Let’s see what she and her parents have to say about the invitation:

When asked about her invitation from the government, she claimed that she was very excited about
this. According to her, it’s a very good initiative launched by the government
of India. She further added that students were selected without any discrimination
from all sections of the society from the country which reflects on the
equality principle of the country. She even expressed her astonishment when she
received the invitation. She liked this initiative and also stated that this
will be a key motivating agent for the students to do well in their academics
and other areas of the academics. The
happiness was not only just limited to her, it was equally enjoyed by the
members of her family as well as her teachers. They all felt a sense of pride
after Divyangi received the invitation from the government. Umesh Nath
Tripathi, the topper’s father who’s a professor in the chemistry department of
DDU (Deen Dayal Upadhya) University in Gorakhpur also said that it is a proud
moment for the family and expressed his happiness with pride. Divyangi’s
mother, Usha Tripathi informed that they received this honourable invitation
from the Union Government of India on 13, January’ 2021.

What made her deserving for the invitation?

Divyangi
worked really hard for the boards. Hard work in its true sense paid her. She
exclaimed that it was like a dream come true for her to firstly receive the
invitation and watch the 72nd Republic Day parade with Prime
Minister, Narendra Modi. She also added that Prime Minister, Narendra Modi is
one of her favourite leaders. And she is not just happy but also honoured to be
going there. Divyangi further discussed her future career plans. She aims to
become a doctor and is currently preparing for the NEET exam. She reveals that
she wants to serve the country as a doctor as according to her, the role of
doctors has been quite significant during the pandemic. This shows that
Divyangi is a highly self-reliable and self-motivated child who aims to do the
best and serve the country with great determination. Divyangi also said that
the excitement was not just limited to her, but all her friends and her family
members were excited and constantly asked her about what she plans to tell the
prime minister when she meets him. Her remarkable performance In her
examinations and the invitation by the government leaves Divyangi Tripathi
along with her family and friends extremely elated. The topper also tried to
give a message for her fellow students to pursue their interests and work hard
to achieve success.

What do we learn from this?

This is one of the leading examples that prove that any student of the country by working hard, can achieve great heights. It throws light on a very important lesson, that the path from dreams and desires to success, achievements, pride and happiness does exist. If passion and determination are mixed with hard work and correct resources, guidance and support; then every student can perform exceptionally. The motto of Edugross aims the same. It aims to raise more students like Divyangi Tripathi. What made her stand out of the crowd was her exceptional performance in 12th boards. Our network aims to raise students like her by providing free study material of all NCERT books, NCERT solutions, major books like (RD Sharma, RS Agarwal), Urdu books and Hindi books. It also provides the latest CBSE syllabus, latest sample papers and other important materials that cater to the needs of CBSE students.

The nation needs more such students where they can learn for free and excel. What makes our network, Edugross different from others is that it’s free and easily accessible. It is completely student-oriented and user friendly. The notes help the students accelerate their performance in their academics and achieve their desired results. Not only this, but the free notes provided here empowers students so that students can achieve their desired goals by performing exceptionally in their academics and receiving honours from the government so that there’s not just one but several other students like Divyangi Tripathi.

Divyangi Tripathi has been invited to witness the Republic Day parade from the Prime Minister’s box in the city. She was the topper of CBSE 2020 boards of class 12th. She topped by scoring 99.6% marks in her class 12 CBSE exams in the year 2020.