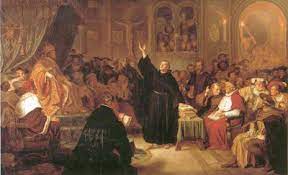 1.which revolution Shook all of Europe in the late 17th century?

as a protest for fairness, food and democracy The French people, most of whom were denied a say government, The French revolution of 1789 shook all of Europe. It began to the emergence of a dictator, who made himself emperor stood up against the “old order.” The years of bloodshed led

2.who started the reign of Terror in France?

In 1793, Maximilien Robespierre (1758- next nine months, thousands of opponents 1794) started the ‘Reign of Terror’. Over the of the Revolution were put to death, until he himself was denounced and guillotined.

3.who was Marie Antoinette?

Marie Antoniette (1755-1793), daughter of Maria Theresa of Austria, was married to King Louis XVI of France. Initially, she was popular, but her extravagance soon turned people against her. On hearing that Parisians were rioting over bread shortages, she is known to have said: “Let them eat cake!”

1.Who was Napoleon Bonaparte?

Napoleon Bonaparte (1769-1821) rose from the rank of artillery officer to become the emperor of France. Determined to unify Europe under his rule, his wars of conquest dominated the start of the 19th century. Napoleon enjoyed a string of successes on the battlefield against France’s enemies: Prussia, Austria and Russia. He could not subdue Britain, however, and naval defeat by the British admiral Horatio Nelson at the battle of Trafalgar in 1805 ended his hopes of invasion. In 1807 he led his army through Spain to invade Portugal, and made his brother the king of Spain which later led to Peninsular war

2.How did Napoleon’s Success story Come to an end?

In 1812 Napoleon led his Grand Army into Russia, but was driven back by the bitter Russian winter. By 1813 the French empire was collapsing. Napoleon abdicated as emperor in 1814. Escaping from exile on Elba, he raised a new army and made a final effort to win and secure peace. Defeat at Waterloo in 1815 ended his hopes, and he was exiled to Saint Helena, where he died in 1821.

1.what were the events that led to Industrial Revolution in the early 18th century?

The events in the early 18th century helped make the Industrial revolution possible. The first was Abraham Darby’s discovery that coke was a better fuel than charcoal for smelting iron. The second was Thomas Newcomen’s invention of an improved steam engine, used for pumping water out of coal mines. It was now possible to produce more coal and better quality iron for industry.

James Watt’s improvements to the steam engine meant that steam power could be used to drive machinery. This also increased the demand for coal to heat the water to make steam, and for iron to make the engines and other machinery. Canals (and later railways) were built to bring raw materials to the factories and take finished goods aw Towns grew rapidly, but housing and working conditions were often very poor and many people suffered from hun disease or accidents at work.

1.Why was the American civil war fought?

The Northern states had the biggest cities and the most factories. Slavery was banned there by 1820, but in the Southern states, plantations relied on large numbers of slave workers. Here slavery was accepted. In 1861 Abraham Lincoln pledged to end slavery in the United States. Many Southerners saw this as a threat to their way of life and in 1861 eleven Southern states announced that they were breaking away from the Union to form their own Confederacy. When the government told them they had no right to do this, civil war broke out.

2.What kind of weaponry was used during American civil war?

The American Civil War was fought with new weapons, such as quick-loading rifles, ironclad (armored) ships, submarines, and even balloons (for observing enemy movements). Faced with deadly gunfire, soldiers were killed in large numbers as they tried to attack across open ground..

1.What was the state before the unification of Italy took place?

In the early 1800s, Italy was united under the control of Napoleon. After Napoleon’s defeat in 1815, Italy’s states were handed back to their former rulers. Only Piedmont Sardinia stayed independent.

2.What was the role of ‘Risorgimento movement in the unification of Italy?

Among the Italian states foreign rulers, Austria was the most powerful. During the 1820s, opposition to foreign rule grew. The ‘Risorgimento’ movement encouraged people to campaign for an independent, united Italy. Revolutions broke out in many states in 1858, Piedmont Sardinia allied itself with France and defeated Austria.

3.What was the role of Garibaldi in the union of Italy ?

Giuseppe Garibaldi was an Italian soldier who fought for Italian Unification Movement. In 1860, he led a group called ‘The Red Shirts’, and conquered and handed Naples and Sicily to Victor Emmanuel II, the king of Piedmont Sardinia. In 1861, Italy was declared a kingdom.

1.What was the state before the unification or Germany took place?

Germany, like Italy, was made up of W separate states in the early 1800s. In 1815, after Napoleon’s defeat, 38 states joined together as the German Confederation. Austria and Prussia were the two most powerful sates to join.

2.Why did Bismarck fight with Austria and Prussia?

Otto von Bismarck (1815-1898) went to war with Austria and France so that he could unite the north German states and make Prussia the ruler of a united Germany.