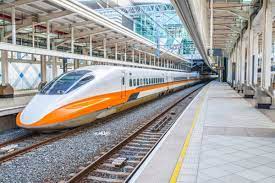 1.Which is the biggest passenger carrying aircraft of the world?

2.What is the meaning of Mach number?

3.Has any passenger aircraft flown at Super Sonic Speed?

Only two passenger jets, Concorde and Tupolev Tu-144, were able to cross the sound barrier of Mach 1. Both the planes do not operate anymore.

4.What was the first helicopter called?

Jacques and Louis Breguet flew for the first time in a helicopter in 1907, but their flight was not steady and successful. This helicopter was called Gyrouplane
No. 1 Gyroplone No. 1 upon which all modern helicopters are designed. The first operational helicopter, however, was Focke Wolf 61 which flew in 1936. Igor Sikorsky is considered as the father of helicopters as he designed and invented VS-300

5.Which is the most advanced fighter jet?

The Lockheed Martin F-y Raptor is considered to be best fighter plane. It is twin
engine fifth-generation fighter aircraft. It is the only fighter aircraft to use
Martin F-22 Raptor stealth technology and it has capabilities like ground attack
and electronic warfare. This fighter plane is possessed only by the United States Air Force,h

1.Where was the first railway track laid?

The first railway track was laid in Hohensalzburg Castle in Austria in 1515. Wooden Tails were used to lay this line and it is used even today after it was updated

2.Which is the longest railway line in the world?

The Trans Siberian Railway is the world’s longest railway Siberian Roy line. It connects Moscow to Vladivotok. Its length is 9.259 kilometres. It takes a train 6
days and four hours to cover this distance,

3.which is the shortest railway line in the world?

The Vatican Railway line is the shortest railway line in the word The length of its track is just 1.27 kilometres and it has just one station

A tram is a streetcar which runs on tracks on streets. They are usually used for travelling within a city, but sometimes they might run between HISTOI
How d in old cities and towns. They mostly run on electric power the Silesian Interurbans in Poland and trams in Melbourne In oldest human comm Speech 200,0  deve was the largest tram network in the world, Monorail

5.What is a monorail?

A monorail is a rail transportation system which has just a single Tail. That single raju its only support and its guide way. The monorail vehicles wider than the guide way that supports them. They are usually elevated from the ground.

6.What is a luxury train?

These are special trains that offer a lavish and elegant train ride. These trains usually offer a historical or a heritage ride. They usually take their guests on a long leisure tour offering many luxurious options to travelers. Luxury Train