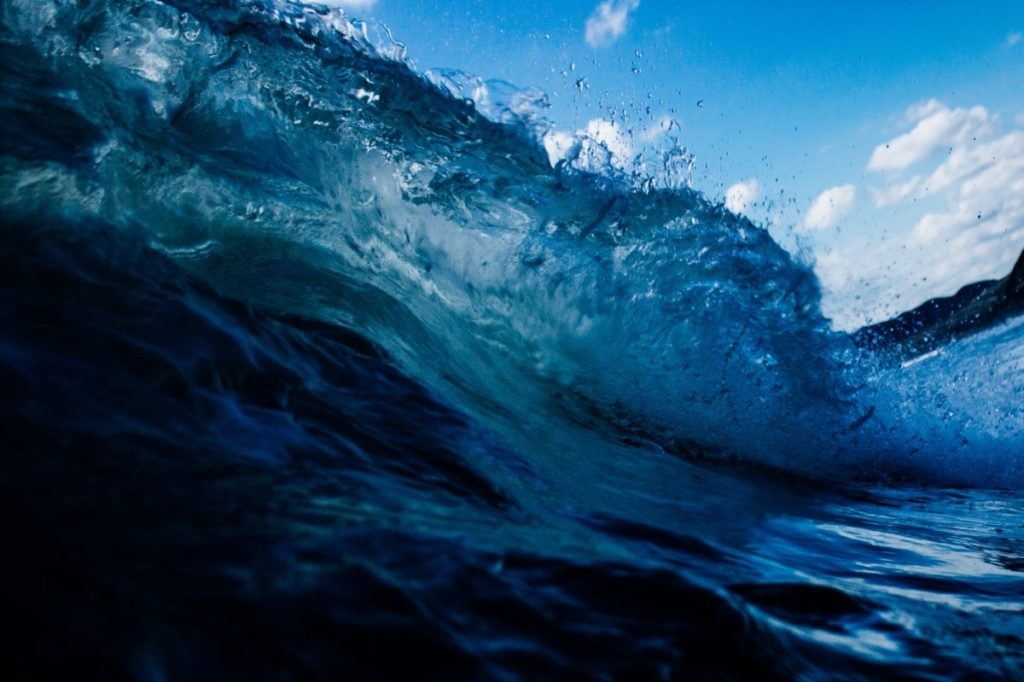 1.How are Waves and tides caused ?

Hans are caused due to winds. They are also caused when volcanoes erupt, or when there is an earthquake under the ocean. Certain waves originate when Tsunami Waves underwater volcanoes erupt. These waves are called tsunamis. In such cases, the whole water from the surface to SPRING TIDE the sea bed is in motion, Tides are caused by gravitational depending on the direction of the water, pull of the Moon and the Sun. We have high and low tides

2.What are the different types of tides?

There are two types of tides – Spring tides and Neap tides Spring tides occur when the Sun, the Earth and the Moon are in one line. At this time, the high tides are very high and the low tides are very low. Neap tides occur when the Sun, the Moon and the Earth form a right angle. This generally happens when the Moon is in the first and last AN Chosen NEAP TIDE quarter

Coral, which looks like a plant is actually a small animal called polyp. It is related to the category of sea anemones and jellyfish. The polyp is soft and delicate and has tentacles catch food for itself. In order to protect itself, the coral develops hard shell around itself. When the polyp dies, only the shell and are called the coral reef. Although the bottom is dead, the surface of the coral reef is very much alive.

2.Which is the largest coral reef?

3.How many different corals are there?

1.who were the first inhabitants of the oceana ?

The first inhabitants of the ocean were the microscopic bacteria, which appeared some 3.8 billion years ago These bacteria used the Sun’s energy to make oxygen, the basic requirement for plants and animals to survive. To follow Sponges the bacteria, came the sponges. Then came the jelly fish, starfish and various other varieties of fishes.

2.Are there plants in the oceans?

Not only animals, but the ocean is a home to a variety of plants. Starting from the tiniest algae to marine sea grass beds, seaweeds, mangroves, all survive in the oceans. These provide a suitable environment to the animal kingdom, which lives underneath water. There are some 25,000 different varieties of seaweed found in the world. Marine Seagrass Beds.

1.Which is the longest living Sea creature?

Ocean Quahog, which is a mollusk is not only the longest living sea creature but the to 400 years. One such ocean quahog specimen’s longest living animal. They are believed to live up estimated to be 410 years. Koi fish also have a long lifespan age was of about 200 years.

2.Which fish gives out electric current?

There are many fishes that can give electric shocks to stun their prey. Some fish like electric eel, electric rays etc. give very strong electric shocks of up to 1 ampere and some fish such as black ghost knife fish give very weak current of less than 1 volt.

3.What is So peculier about the Seahorse?

1.What do we get from oceans?

Food Resources: The owns are a source of large quantity of fish, seaweed and salt Source of energy: Nearly one-third of the world’s oil and gas is derived from the oceans. The oil and gas are formed in the oceans over millions of years by the decaying of plankton which are buried under the sediment. The water of the oceans is also used to generate electricity Underwater riches: The ocean is a home for many of the world’s treasures. Among other treasures, are the coral pearls and seashells. Pearls are made by pearl oysters which live in tropical oceans. These are used for jewelry, decoration and for other uses.

1.How are oceans being polluted?

Pollution has become a regular word to be heard nowadays. Pollution has had an ill effect on the coastlines and also on the rivers and oceans. Starting from city’s sewage, industrial waste, farmer’s pesticides and chemical waste, all find their home in the oceans and rivers. City’s Sewage and Industrial Waste There is also tonnes of waste which is expelled into the
oceans by the ships.

2.How is oil one of the major pollutant of oceans?

One of the major pollutant of the ocean and sea water is oil. Accident in Ocean This oil comes from the cleaning of the oil tankers by sea water or from accidents which occur in the oceans. Also, oil is drilled from the wells which are in
the oceans. There is also radioactive pollution, which comes from nearby coastal nuclear power station or because of damaged nuclear submarines.

1.Where do the rivers originate?

The source of most of the rivers is in the mountains. It normally starts with the melting of ice or it starts from a natural hollow in the ground. These narrow sources of water may be fed by underground springs or flow from the marshes, or from the glacier. Glacier

2.Where does a river end?

The journey of the er ends up, when the river meets the sea. When it is about to reach the sea, the flow of the river slows down as, by then, it has large quantity of sediments along with it.

3.what happens during the course of a river?

1.What are the different features formed by a river?

River Canyon: Canyons are long deep valleys, carved out by rivers, usually formed when the climate is dry, the rainfall is sharp and heavy, and there are very few plants to soak the water, thus cutting the land down with great force. Oxbow Lake: Rivers generally moves in twists and turns, and Waterfall this twisting of the river is called meander. The neck of than meander over a period of time may be cut off by floods. thereby, leaving behind a structure similar to an oxbow, Since, it is filled with water it is called oxbow lake. Waterfall: The water flows over the soft rocks and cuts it away easily, as compared to the hard rocks. This, over a period of time results in the formation of a waterfall. Floodplain: Floodplains are the wide and flat plains formed by the deposited material or alluvium build up on either side of the river with successive floods over the years.

SOME IMPORTANT RIVERS OF THE WORLD

1.which is the longest river in the world?

2.Where does River Amazon originate?

River Amazon, in Brazil, has its source in the Andes Mountain. This is the second largest river in the world. It is 6,440 kms in length. A special feature of this river is that at its mouth (place where it meets the sea), it is 240 kms wide.

3.Which important river is situated in China?

River Yangtze which is the third largest river in the world is
situated in China. Its length is 6418 kms.

1.How many important rivers are ther. India?

India has numerous rivers, but about fourteen of them are considered to be the main rivers. The catchment area of these rivers is 20,000 sq. km. Those with catchment area of 2,000 to 20,000 sq. km are generally the coastal rivers as these generally Gongo-Brahmaputra Basi originate in the coastal mountains. The major rivers such Brahmaputra, Ganga, Yamuna etc, are perennial, as they have water throughout the year.

2.How are the rivers of India classified?

The rivers of India are classified as Himalayan, peninsula coastal, and inland drainage basin rivers. Himalayan river are snow-fed and maintain a high to medium rate of flow throughout the year. The peninsular rivers are generally fed or seasonal rivers. Co-streams, especially in the west, are short and period Rivers of the inland system centered in western Rajasthan state, are few and frequently disappear in years of scan Yamuna River rainfall.

1.which are the main rivers of India?

Indus has five main tributaries namely, Jhelum, Chenab, River Indus: This river originates in the Tibetan Plateau. Beas, Ravi, and Sutlej. Only the river Beas flows entirely in India River Ganga: This is formed by two rivers, Bhagirathi which originates from Gangotri Glacier, and Alaknanda which originates River Ganga from Dev Prayag. At Allahabad, the Ganga is joined by Yamuna and Saraswati. The river Ganga ends up in the Bay of Bengal. The important tributaries of Ganga are Gandak, Kosi, Son, and Ramganga River Brahmaputra: The Brahmaputra flows through India, China, and Bangladesh. It originates in the Kailash range. It is known as Tsangpo in Tibet. River Yamuna: Yamuna originates from the Yamunotri glacier in the lower Himalayas. The important tributaries of Yamuna are Chambal and Betwa. River Godavari: The Godavari is a river that runs from western to southern India. With a length of 1,465 km, it is the second-longest river in India (only after the Ganges), that runs within the country.